Senator Ahmed Lawan has been elected the Senate President of the 9th Senate, as he defeated his contestant, Senator Ali Ndume.

At the end of counting, Lawan polled 79 votes to defeat Ndume, who scored 28 votes.

Lawan, who represents Yobe North Senatorial District, won the contest by a landslide as he got 73.83 percent of the vote cast by the lawmakers.

Lawan’s victory was announced by the clerk of the National Assembly, Mohammed Sani-Omolori, who added that 107 senators cast their votes.

He was immediately sworn-in by the clerk of the National Assembly.

Ndume had refused to step down for Lawan despite plea by party leadership as he vowed to go on with his ambition.

The APC was not ready to get it wrong this time around as it did in 2015 when Dr. Bukola Saraki emerged winner to become the Senate President in the 8th Assembly, through a ‘coup’, with APC paying the supreme price all through President Muhammadu Buhari’s reign during the first tenure. 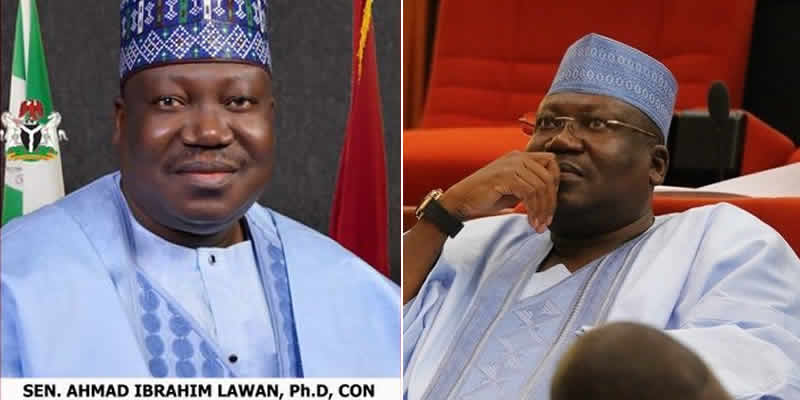 Earlier, there was commotion at the Senate as lawmakers disagreed on what form of voting system should be adopted to elect principal officers of the upper chamber.

Trouble had started when the Clerk of the Senate, Mohammed Sani, read President Muhammadu Buhari’s proclamation letter to members of the Senate, and announced that open ballot would be used for voting exercise.

This led to commotion as those who supported the idea and those opposing it engaged in a shouting match.

Fulani Radio Station Is A Validation Of Obasanjo’s Fulanization Claim, Says CAN