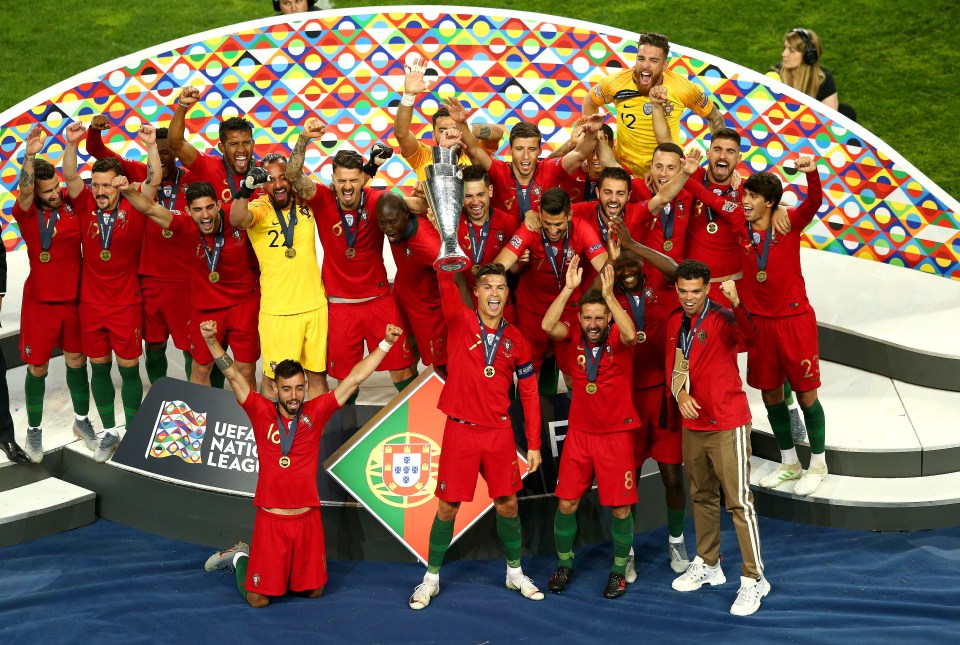 Portugal became the first team to win UEFA’s Nations League competition when a well-crafted goal by Goncalo Guedes gave them a 1-0 win over Netherlands in the final on Sunday.
Guedes, 22, nutmegged an opponent, exchanged passes with Bernando Silva and then beat goalkeeper Jasper Cillessen with a shot from the edge of the area on the hour.

This made up for his fourth international goal in 17 appearances.
Portugal had only 45 per cent of possession but were more dangerous throughout as they added another trophy to the Euro 2016 title.
They won it three years ago with a 1-0 win against hosts France, also under coach Fernando Santos.
Although the Nations League is of far less importance, the win may have partially made up for Euro 2004 which Portugal hosted and where they were beaten in the final by Greece.
The game took a while to get going but when it did, Portugal were far more threatening with Bruno Fernandes and Silva involved in almost all their best moves.
Skipper Cristiano Ronaldo was also an ever-present threat.
Fernandes had several efforts on goal in the first half, including one that Cillessen palmed around the post.
There was another which curled just over the bar following some nifty footwork in the penalty area from Silva.
Ronaldo, whose hat-trick against Switzerland on Wednesday took Portugal into the final, had one effort on goal in the first half.
That was when he picked up the ball on the left, cut inside and fizzed a low shot which Cillessen did well to hold.
The Dutch, who had one day less to recover from their semi-final than Portugal, failed to muster a shot on target in the first half.
Portugal went straight back on the attack after half-time.
They forced a flurry of corner kicks before the Dutch finally made home goalkeeper Rui Patricio make his first save of the night.
Memphis Depay got free and cut the ball back, it bounced off a defender towards goal and Patricio got down to save.
With the volume rising at the Estadio do Dragao, Portugal broke the deadlock on the hour.
It was an incisive move between Guedes and Silva, although Cillessen might have expected to save the shot.
As the Dutch finally stirred, Patricio made a good save from a Depay header.
Also, defender Ruben Dias made an excellent clearance from a dangerous Daley Blind cross into the penalty area.
Portugal, though, were always a threat on the break and richly deserved the win.
Reuters/NAN.