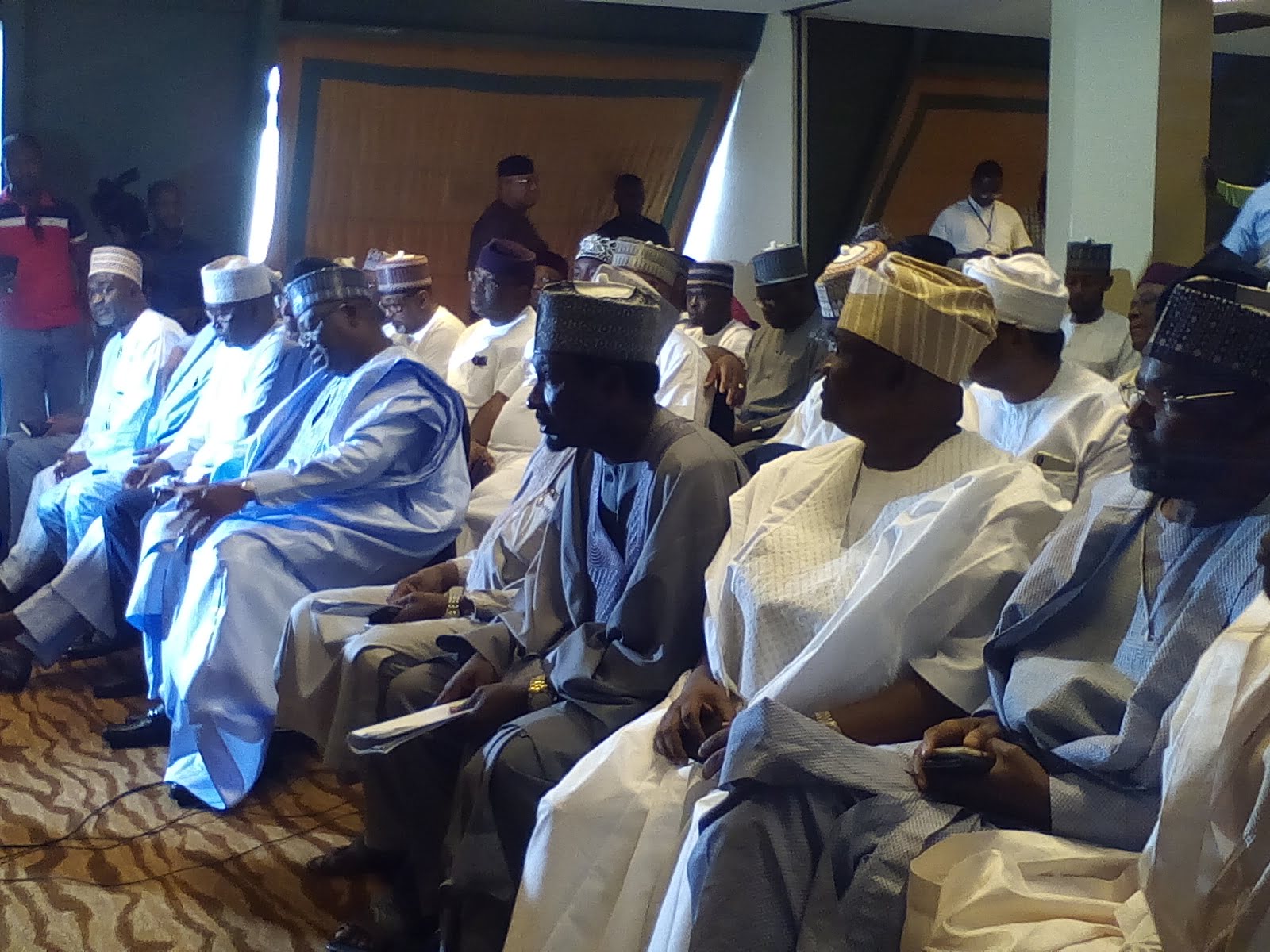 There are strong indications that the politics and intrigues that may determine who carries the day, between the two front runners for the office of the President of the Senate, Ahmed Lawan and Ali Ndume from Yobe and Borno states respectively, may continue till midnight today, with the duo making serious efforts to have a foothold on the opposition Peoples Democratic Party (PDP).

At the weekend, Lawan and Ndume met with the PDP caucus at the residence of the immediate past Deputy President of the Senate, Ike Ekweremadu, but they could not go away with a “deal” that may shape the race tomorrow.

It was gathered that at the end of the meetings held on Saturday night, there was no commitment, on the part of PDP, as to who to back yet between Lawan and Ndume.

A PDP senator-elect, who does not want his name in print, said: “Yes, it is true we met with Lawan. We also met with Ndume. Ndume was the first person we received. Then, Lawan came in with about 20 senators or so after Ndume had left. But we are yet to take a decision because the party promised to meet with us later today (yesterday). But up till now (Sunday evening), we are yet to receive any invitation from the party.”

Also speaking on what transpired at the Saturday meeting, another Senator-elect on the platform of the All Progressives Congress (APC), who is one of the major backers of Lawan said: “I believe Senator Lawan handled his presentation in a mature and robust way without making any outrageous commitments. Quite a handful had privately made pledges to support his cause.”

Sources revealed that PDP senators will meet tonight to finalise on who to support between Lawan and Ndume. The discussions with the two candidates would be analysed at a meeting whose venue is yet unknown, wherein final decision would be based on what each of them will offer to the PDP.

There are 109 senators in the Senate. APC has 61 at present, with the case of former Imo State governor, Rochas Okorocha and Ben Uwajimogu both of APC Imo State still pending. If APC succeeds in getting Okorocha and Uwajimogu in before Tuesday, its number will increase to 63. The PDP has 44 senators, with the Young Progressive Party (YPP) having one.

With the Bauchi South seat still in contention, if APC retains it, its number remains intact. But if the PDP gets it, as already ordered by the court, its tally will increase to make it 45.

From here, it shows clearly that to win the presidency of the Senate, both Lawan and Ndume need the PDP Senators. And clearly, anyone of them who gets bloc votes from the PDP group would certainly carry the day, since there appear to be a division within the rank of the APC senators.

Unlike in 2015, when, long before the Senate was inaugurated, Nigerians  and indeed journalists covering the Senate, knew where the pendulum would swing, no one can say with certainty, who, between Lawan and Ndume, would carry the day tomorrow, owing largely to the division in the PDP. However, some people see the inability of the party members to come together before now as deliberate.

Said a senator-elect: “I see it as deliberate internal sabotage. It is all because of 2023. They are already seeing Ekweremadu as a threat. Therefore, the party leadership will be happy not to have him as part of the presiding officers this time. However, our people forget that we stand to gain more by negotiating as a group than as individuals. Our members got the opportunity to head strategic committees in the eighth Senate because of the power of collective bargaining.”

In the build up to the 2015 National Assembly inauguration, Ekweremadu emerged as the rallying point for the PDP. But the then president of the Senate, David Mark, also had his own preference. He wanted Lawan, while Ekweremadu and majority of the PDP members opted for Senator Bukola Saraki. In the end, PDP could not agree on bloc votes for any of the candidates for the leadership of the Senate and House of Representatives until the Monday night preceeding the day of inauguration.

At the meeting held at the residence of Senator Mark, the party leaders supervised a voting process by the party’s senators-elect on who to back in the Senate.  At the end of the process around 12 midnight of the day, 28 opted for Saraki while 17 went for Lawan. It was based on the outcome of the voting that the party leadership decided to back Saraki.

Sources said what makes the race for the Senate president tight is that President Muhammadu Buhari is involved unlike in 2015 when he did not make much commitment. Also, the fact that both Lawan and Ndume are Buhari’s supporters make the battle intricate.

In 1999, the then president, Olusegun Obasanjo, preferred Senator Evan(s) Enwerem of blessed memory, while the then vice president, Atiku Abubakar, preferred Senator Chuba Okadigbo, also of blessed memory. In the end, Obasanjo shifted the inauguration of the fourth National Assembly by a few days, mobilised all Alliance for Democracy (AD) senators led by Senator Mojisoluwa Akinfewa for Enwerem, and with the support of some PDP senators, Okadigbo, who was highly rated to beat Enwerem, was shockingly defeated.

Again, in 2007, after the PDP met and endorsed Senator Mark as its preferred candidate, the North Central zone, with the support of the late Chief Tony Anenih, met and decided to challenge the position. In all, the group lined up three candidates to slug it out with Mark- George Akume, Nuhu Aliyu and Gbemisola Saraki. All the senators from Niger, Edo, Kwara and the remaining two from Benue, including former governors of Jigawa, Kebbi, Zamfara, Yobe and Kaduna, were among senators that voted against Mark, in support of Akume. Mark, however, with the support of some opposition senators, won by 68 to 39 votes. Also in 2011, the then Action Congress of Nigeria (ACN) backed Waziri Tambuwal against the zoning arrangement of the PDP, to make him emerge as Speaker. Conversely, if the ACN had had the foresight then, it was further learnt, it could as well have produced Tambuwal’s deputy as the party had the capacity to do so then.

Again when Tambuwal defected from the PDP to the APC in the build up to the 2015 elections, all the notable leaders of the party, including former Information and Culture minister, Lai Mohammed, who was the National Publicity Secretary of the APC, stated clearly that there was nowhere in the constitution where it was stated that the Speaker of the House of Representatives must be produced by the majority party and that bi-partisan National Assembly leadership was good for the nation, saying it was a sign that the country’s democracy was growing.

Also, Femi Gbajabiamila, then minority leader also defended the same position, at the slightest opportunity, saying it was constitutionally in synch with presidential democracy. It was this template that the PDP used in 2015 to ensure that all those endorsed by the APC lost at both chambers. Will history repeat itself tomorrow?